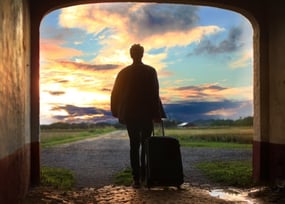 It’s often said that hindsight is 20/20, and that’s certainly the case for businesses. A successful company is often capable of identifying and learning from mistakes, as well as capitalizing on industry trends. The way point that is the end of the year gives us a perfect opportunity to do both.

Here at ERA, we’ve been taking a look at some of the developments across the EH&S sector in 2016.

We’ve identified some key influencing events and industry trends that will better inform your business as to the state of the sector, where current regulatory authorities are headed, and how you can ensure you stay ahead of the curve in 2017.

The Cost of Fines Rocketed 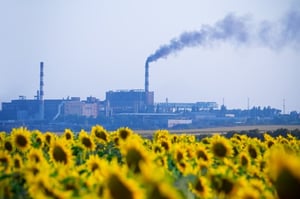 2016 marked another year of substantial environmental fines being handed out to manufacturers across North America and beyond.  The fines issued by the Environmental Protection Agency to companies across the United States were up substantially from previous fiscal years, with a jump from $7 billion in 2015 to $13.7 billion this year being reported.

These fines range from any number of infractions, ranging from minor storage or local waste leaks, to serious environmental disasters (many of which fell under the ‘superfund’ heading.) This year also saw high-profile fines in the billions paid by companies in the oil & gas and automotive industries.

The amount of capital being expended by established businesses to account for environmental infractions are thus at an all-time high. What’s so striking about so many of the fines is that a number of them were so easily preventable – with emissions and leaks on an exponential scale accounting for the billions of dollars of fines which would have been easily preventable.

The archetypal case that lands a company on the EPA’s ECHO database of non-compliant companies is relatively routine, often consisting of a simple storage or reporting oversight. Yet the fines keep coming.

It’s clear then that taking firm action at the facility level could have resulted in major savings for these companies. By investing in proper environmental modeling and reporting software, the scale of emissions and their financial implications could have been mitigated by the companies in question.

In addition to pollution and environmental fines, the amount of fines handed out by the Occupational Health and Safety Administration (OSHA) has markedly increased this year, with a range of new fine increases announced in August.

This regulatory body is the teeth that enforce health & safety legislation across the United States, and it has recently been empowered to deliver even harsher fines. As is the case with environmental reporting, the better application of safety data sheets and their authoring and management can be a significant factor in reducing the kind of workplace incidents that OSHA are concerned with. 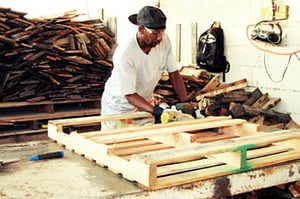 Contrasting with the increasing amount of fines being handed out, 2016 was also the year that Sustainability turned a corner and became even more embedded in the corporate culture of North America. There have been a number of salient instances throughout 2016 where companies have actively demonstrated their ability to follow truly sustainable practices.

Sustainability has increasingly been recognized as a transformative approach to doing business. The year that was 2016 saw an increased adaption to this way of doing business across both the United States and Canada.

Underlining this cultural shift, an Ethical Corporation survey carried out this year on the State of Corporate Responsibility indicated that 88% of business respondents felt that corporate sustainability was an increasingly important part of their business strategy.

Sustainability is broadly defined as adopting efficient practices in your facility and broader business, which result in direct savings. This is then combined with promoting business practices beyond the financial bottom line, safeguarding long-term environmental, social and community foundations.

From the macro to the minor, almost every sector of industry has made some move towards this way of doing business – with innovative companies leading the way.

On the larger, automotive scale, General Motors announced this year that they had achieved a landmark $1 billion from the large-scale recycling of materials over recent years. This is an example of bottom line sustainability, where the implementation of sustainable practices has been directly converted into returned resources for the company in question. These recuperated resources can in turn be used to effectively increase production, invest in new facilities, or be applied wherever the best growth can be achieved.

In a completely different sector, other innovative approaches are being implemented.

Seismic Brewing Company in Santa Rosa, California are just one of a number of modern American breweries that are taking the step of installing specialist water treatment systems, helping the brewery achieve an effective ratio of 2:1 in water used to produce beer.

This sort of sustainable innovation actively helps the business reduce water costs in the long run, but it also represents a response to a community issue, that of reduced water availability in the drought hit state of California. By implementing this solution, the company is actively helping their bottom line while setting an example of sustainable practices for the wider business community in California.

The double benefits of this kind of approach were very much in evidence throughout 2016. More and more businesses are becoming wise to this adaptable strategy.

ERA is deeply involved in the on-going Sustainability revolution within North American industry. Moreover, September 2017 will see ERA present and organize an exciting conference in Philadelphia, built around the practical ways of implementing this set of values. Please check in on our website for more details, which will be announced soon.

While 2016 will be largely remembered for the political change that November’s presidential election brought, it remains to be seen exactly how environmental regulation will change and develop over the coming four years.

One aspect to regulation that seems quite clear-cut is that certain states will not be cutting back on their own regulations. This has been clearly signaled throughout the year, and companies that are either based in, or have facilities in, states such as California and Colorado will have to pay attention to this continuing appetite for enforcement, despite any changes on the federal level.

In December 2016, fresh from the Presidential election, California’s Air Resources Board released a draft plan on how the state will go about achieving the ambitious target of reducing greenhouse gas emissions to 40 per cent below 1990 levels by 2030.

Even for the “progressively minded” states of the West Coast, this is a huge reduction in emissions that is being envisioned. The state says they are to be achieved through zero emissions vehicles, cap-and-trade regulations, waste diversion from landfill (successfully applied to nearly 99% of household waste in Sweden) as well through a potential carbon tax.

This kind of approach, which is expected to contrast with future EPA policies, is best explained by William Anaya, with environmental litigation group Greensfelder, Hemker & Gale. “All the US EPA does is set a standard. States can be more stringent if they wish and they are, with California being one of them. All up and down the west coast [the message to take away is] take less raw materials, create less waste and come up with more finished goods.”

Our previous point above indicated how sustainability has been embraced the business philosophy of numerous American manufacturers. It appears the same kind of green approach has truly entered the political bloodstream of numerous state and municipal authorities as well.

Even as recently as December 27, Ohio Gov. John Kasich vetoed a bill that would water down legal requirements for companies in that state to move towards renewable energy benchmarks. This is a move that indicates that strong and sustained support for environmental regulation on a state level isn’t confined to the west of the nation. 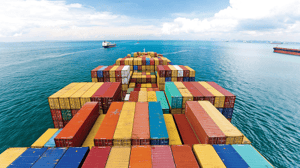 Looking at further developments in the health & safety sector, 2016 saw the implementation of the Globally Harmonized System across the United States pick up speed.

This “non-binding” set of hazard communications has been empowered and promoted by authorities such as OSHA in the US and Health Canada in Canada. It is now the expected standard for the production of Safety Data Sheets and hazard signage across North America.

The application of the GHS in the production of safety documentation indicates that the founding vision behind the development of this set of standards, originally devised by the UN in the 1990s, was a worthy one which has been slowly but surely enacted by developed nations.

The real benefits of this standardization push are evident in the international arena. By standardizing the way in which hazards are communicated, the likelihood for misuse or incorrectly storing hazardous goods can be demonstrably reduced.

With Canada now set to fully implement the system, with a deadline for adoption in June of 2017, it’s now clear that a certain international standard will have to be met in the production of safety documents.

While this is a quiet transition that modestly takes place out of the line of the sight of most industries, it nevertheless represents an incremental acceptance of standardization that touches on almost every industry in the US and Canada. Producers need to be aware that this is now the expected standard.

Here at ERA, we’ve examined how the transition to the GHS can impact a business, and the best ways to adapt to this now established set of standards.

Public Perception More Important Than Ever

Public examples of environmental, health and safety failures were all too common throughout 2016.

Some of the most egregious examples that were extensively covered in the US centered on the contamination of the drinking water of major US cities, including Flint, Michigan and Corpus Christi, Texas.

In the case of Corpus Christi, an industrial chemical called Indulin AA-86, which is mainly used for emulsifying asphalt, entered the city’s water supplies in mid-December. This resulted in the majority of the 320,000 inhabitants of the city being forbidden from touching, drinking or using the city’s water for several days.

This is an extreme example of what the mismanagement of hazardous chemicals can result in, even in one of the most developed countries in the world, in 2016.

Whether the fault for this leakage lies with municipal authorities or private enterprise is still not fully clear, but a backflow incident at a local asphalt plant is currently at the center of investigations.

The correct procedures for safeguarding and isolating this dangerous chemical would appear to have not been implemented.

There are plenty of examples of businesses around the country continuing to very publicly falter in their application of EH&S standards.

At ERA, we’ve blogged this year about some of the more notable examples of health & safety failings, including a Georgia-based company which was issued a fines amounting to approximately $700,000 due to a number of shortfalls. These included failure to:

Companies will feel the sting of non-compliance fines even more so in 2017 with OSHA’s increased fine amounts coming into play.

More strikingly, the name and reputations of companies and communities affected by these kinds of EH&S failures are darkened by these sorts of incidents.

Re-building confidence and undoing the PR damage that such an incident can generate ultimately takes a lot longer than a single calendar year. Meanwhile, the safeguards and systems that can prevent such large-scale failures in both the environmental and health and safety department can often be quickly implemented and be surprisingly affordable.

2016 makes the case for better monitoring and reporting set-ups in 2017. The year is a lesson in and of itself, and it up to EH&S role holders to collectively decide where your company can position itself. The good news is that path towards better oversight has never been clearer.

For more information, including how ERA can help your business adapt to more Sustainability-focused practices and reporting, please download the free PDF guide below, or please contact us via info@era-ehs.com.

From all at ERA, we’d like to wish you, our readers, the very best for the year ahead.