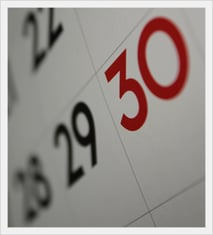 At this moment, many enterprises are not in compliance in with the OSHA adoption of the Globally Harmonized System (GHS) which mandates that MSDSs must be replaced with the new Safety Data Sheets (SDS). This change in chemical hazard communication marked a significant change in on-site safety and chemical management – but an alarming number of businesses have missed the 2015 deadline.

Are you in compliance with the GHS? If not, 2016 should be the year you make it your top priority.

Stricter OSHA Fines Rolled Out in 2016

As 2015 was ending, an important amendment was passed, allowing OSHA to increase its fines and penalties for the first time in 25 years. This amendment allowed OSHA fines to “catch up” with inflation from when penalties were locked in – 1990. This means that in August OSHA can increase fines by approximately 82% in 2016.

An 82% increase in OSHA fines is expected to have a profound effect for industry:

In light of this dramatic change to the regulatory landscape, failing to comply with the GHS standards will be a costly mistake… and an easy one to immediately detect.

Having up to date SDSs isn’t just a paperwork chore, it’s directly related to the health and safety of employees on site. That’s why OSHA is expected to be cracking down on GHS compliance with renewed vigor. It’s a simple matter to see if you have SDSs on site, or if you’re still using outdated MSDSs and if you’re supplying your customers throughout the supply chain with the proper, mandated documentation.

Up until now, some executives have incorrectly thought that the cost of implementing an SDS software or authoring tool wasn’t worth it – however the OSHA fine increases of 2016 have swept that misconception away.

Despite the deadline for most industries to be fully GHS compliant by June 2015, many businesses are still not in compliance.

There are a few reasons why businesses have been lax on GHS compliance… but in the face of enormous OSHA fine increases, these reasons no longer hold water.

Do any of these excuses for your noncompliance sound familiar?

It’s not in the Budget

The most common excuse businesses use is that there’s no money in the budget for SDS authoring, either paying consultants, buying a software, or doing it by hand in house. Previously, a business could absorb the small OSHA fine as a way of buying more time if there was a regulatory violation – but as of August 2016 those small fines will increase 80+ percent.

It’s time to think of noncompliance as being not in the budget. Can you afford tens of thousands of dollars in penalties this year? Is there room in your budget to throw that money out the window?

Comparatively, the cost of SDS Authoring Software is now a reasonable expense and costs a fraction of the price of OSHA noncompliance.

Executives Aren’t On Board 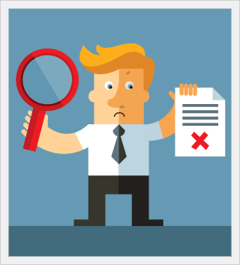 Some executives just don’t understand GHS standards – they think the rules don’t apply to their particular type of business, they’re waiting for their suppliers to make the first move, and they don’t think the June 2015 deadline was applicable.

Sadly, these misconceptions don’t pass muster. It’s the difficult task of the EH&S specialist to convince them otherwise before OSHA pays a visit.

Most executives are more likely to understand that GHS should be a priority if you demonstrate the ROI (return on investment) with getting compliant. If you’re using an SDS Software, you’ll see an immediate ROI with dramatic time savings, better SDS management, and more control over your chemical inventory.

Spending less time on GHS compliance results in saving money in your EH&S department and fine avoidance. Executives are always looking to get more efficient and improve their bottom line –  software meets both demands.

You Haven’t Had Time

EH&S departments are known for being strapped for time and human resources. A single SDS could take a chemist or specialist hours or even days to chase after the needed chemical data and classify all the hazards associated with the product. So it’s no surprise that businesses have trouble finding the time to get GHS compliant with all the other reporting demands in place.

The solution is straightforward: SDS Authoring Software can produce a complete SDS and secondary labels in just minutes. Even a large business with upwards of a hundred SDSs can be fully GHS compliant within a day or two by using SDS Software.

Time will always be an issue in EH&S departments, but the time crunch isn’t an excuse for GHS noncompliance. The time savings of SDS Software combined with the steep new fines from OSHA make every hour of noncompliance that much more costly.

Will the OSHA Fines Affect You?

Let’s face facts: if you haven’t already complied with the GHS Standards, you’re running out of time. The August OSHA fine increase is a looming deadline that many businesses won’t be able to make on their own.

If you’re starting from zero, the new OSHA fines are going to affect your business. Unless you take action NOW. At this point, you need an SDS Authoring Software.

Realistically, having a tool or SDS software in place is the only feasible way to beat the looming OSHA deadline and be fully GHS compliant before noncompliance gets dangerously risky.

Need to learn more about how to avoid the increased OSHA fines before they affect you? Download our free GHS SDS Authoring Handbook or request to see a demo of ERA’s SDS Authoring Software.