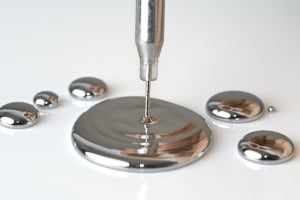 EPA announced a series of measures that underlined the agency’s intention to push forward with reforming the Toxic Substances Control Act (TSCA), with implications for businesses and industries across the United States.

Following the adoption of a landmark chemical safety bill which amended the TSCA in June, the agency’s announcement outlined new measures to ban the exporting of mercury compounds, which include mercury chloride, mercury oxide, mercury nitrate, mercury sulfate and mercury sulfide, commonly known as cinnabar.

Mercury has long been utilized as an industrial component, but due its classification as a dangerous neurotoxin, recent years have seen its industrial use increasingly regulated and phased-out, with its use in industry having been reduced through application of the Mercury and Air Toxins Standards (MATS) across the board.

Comprehensive EH&S Software Can Ensure Compliance in Your Environmental Reporting including MATS.

This announcement indicates that the EPA is continuing the legislative push against mercury, namely by targeting mercury exports to reduce its use, beyond the United States. This move against mercury compounds follows a ban on metallic mercury exports in 2013.
Mercury has the potential to be released into the atmosphere as industrial emissions, and can ultimately be introduced to the environment through air, water and waste outflows. Its subsequent appearance in the food-chain, particularly in marine life, and the associated dangers are well-documented.

While mercury use in North America has been drastically reduced, and is often associated with the mining industry, it can occasionally appear as an issue in waste management in a broader sector of manufacturing industry.

Mercury is still utilized in the production of batteries, lamps, lights and in some industrial processes. Companies that have any connection with mercury products will be perking up their ears at these latest regulations.

Managing Mercury in Your Chemical Inventory

As public awareness of the dangers of mercury grows, and as mercury-related health scares appear regularly, it’s clear that any industry that has any contact with this chemical element needs to ensure their environmental management is up to scratch.

It is the responsibility of industries to ensure that they are in compliance with their EH&S reporting. Should a company release this kind of compound, it would be cause for a very substantial fine from the EPA – and in future years this fine could be exponentially harsher.

This means that any facility using mercury in their processes, emitting any quantity of mercury, or producing any product containing mercury should implement a system capable of tracking all materials from the moment the enter your facility to exactly where and in which form they exit. This typically requires a software tool that manages all incoming data and rolls it up into emission reports for air, water, waste and hazardous waste.

The seriousness with which the EPA approaches mercury emissions is underlined by the parallel announcement from the agency that it is establishing the Science Advisory Committee on Chemicals (SACC), in order to compile advice and create an expert resource on the technical and scientific aspects of risk evaluations, methodologies and pollution prevention. The call for nominations for individuals to serve on this council was issued on August 26th.

This committee is being assembled in the context of the EPA’s new requirement, under TSCA, to make “affirmative determinations on new chemicals before they enter the marketplace”.

In light of new regulation such as this, keeping on top of your MATS and environmental reporting is absolutely key to achieving control. Companies will need to make sure that that, in the light of these new regulations, any residual connections they may have with increasingly regulated substances, like mercury, do not bubble back to the surface, in the form of non-compliance and fines.

If you’re looking for a way to stay on top of your environmental reporting, including MATS and waste reporting, then you can request a free demo and see how ERA’s software can keep your facility in full compliance.