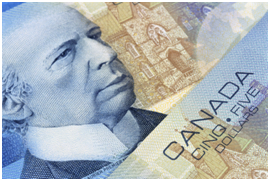 UPDATE: Canada has officially announced that it has pulled out of the Kyoto Protocol.

Despite this uncertainty, this situation does have some important lessons your business can take away about Greenhouse Gases (GHG) reporting, which we will get to. But why is Canada looking to pull out, and what effect will this have on Canada's reputation and the international greenhouse gas reporting community?

The 1997 Kyoto Protocol aimed to decrease greenhouse gas emissions from developed nations and to actively demonstrate these improvements through international greenhouse gas reporting. It has a final compliance deadline of December 2012.

The international community, including Canada, is holding climate talks in South Africa, looking to possibly extend the Kyoto agreement or producing a new version of the protocols to bring them in line with the current political landscape.

The Greenhouse Gas emission reduction targets have been criticized as being imperfect, in particular for exempting developing industrial nations like China and India, who are fast becoming the worst offenders.  However, most environmental researchers have seen the Kyoto Accord as a strong first step.

Prime Minister Steven Harper’s Conservative government announced in 2006 that it had no intention of complying with the Kyoto Protocol, stating that the Greenhouse Gas emission reduction targets were too ambitious. Most other nations that signed the accord, however, were able to meet or exceed the reductions set out in the Kyoto Accord.

Environmental activists are now arguing that the Canadian government wants to step away from Kyoto protocol in order to bury the fact Canada has a declining record of environmental stewardship, largely due to the recent benefits it has experienced from oil sand production. They are wary of pulling out because it would be a politically unpopular move.

Canadians’ opinions are split, but most understand that rejecting a national reduction of greenhouse gas emissions gives a poor international impression.

4 Lessons Your Business Can Take Away

The Canadian government has already set aside $252 million in the 2011 budget to its Kyoto commitments, and has announced an addition of $600.8 million more over the next 5 years. In 2005, the Liberal-majority federal government pledged $10 billion, but was accused of wasting $1 billion of that on inefficient emission-reduction efforts. $2 billion was then spent on making a new “made in Canada” greenhouse gas emission reduction plan.

The total amount spent on the Kyoto Protocol and other GHG emission reduction plans is extraordinary, especially considering the lack of continuity in planning and environmental management. The amount is even more staggering when you realise the entire spending plan was a total failure.

Unlike the Canadian Government, your business cannot afford to waste money on environmental initiatives that are inefficiently and ineffectively managed. However, a good environmental management platform can actually save you money if it’s used properly to optimize your environmental, health and safety (EH&S) processes.

It’s time to evaluate: are you saving money or losing money on your environmental management? Is the way you measure and report greenhouse gas emissions leaving you better off?

Just like the Canadian public, most of your consumers are starting to demand that businesses get active in the reduction and reporting of GHG emissions.

The public votes with its dollars, and environmental responsibility is proving to be one of the enduring trends in public relations strategies and reaching a broader market.

Companies that cannot or refuse to incorporate green business strategies and corporate social responsibility (CSR) initiatives are losing ground to those that are.

3) Others are already managing their Greenhouse Gas reporting and management, and are succeeding too

Most other countries that signed the Kyoto agreement have managed to successfully reduce their greenhouse gas emissions, and are enjoying a moment of prestige with the international press.

Canada is instead left dealing with a public relations disaster from not taking adequate first steps, failing to regulate their way to a strong environmental position and then complaining the targets set were unreasonable.

Complaining that something is unreasonable to achieve when a large portion of your peers were able to achieve it reflects more on your own performance, rather than on the expectations that were set.

If Canada had met their environmental commitments, or at least come close, they would be in a much stronger position to have the Kyoto protocols altered to match the current climate and bring them in line with their current vision.

Instead they have now just added more fuel to the fire that is quickly burning their reputation for environmental stewardship - something most of the Canadian population fiercely pride themselves on.

The Canadian government has pointed to botched spending and governmental planning as a main source of its failure to meet Kyoto GHG targets.

What was lacking was a tested and true system of environmental management that could compensate for changes in personnel and that streamlined environmental processes.

Setting goals and moving towards them incrementally is often the best plan of action. Even with commitment, vision and a drive to achieve your goals, if you do not have a tested methodolgy to base your actions on, you can end up burning resources needlessly.

The first step with greenhouse gas reporting is accounting for your emissions.

If you'd like to learn more about greenhouse gas accounting, download our GHG Emissions Guide for Business below.