What is HPR (Hazardous Product Act)? 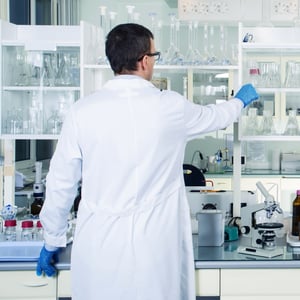 HPR is the shorthand reference for the Hazardous Products Act. As shown in the Canada Gazette Part II of February 11th, 2015, the Government of Canada published the HPR, bringing WHMIS 2015 (Workplace Hazardous Materials Information System) into force. WHMIS 2015 implements the Globally Harmonized System of Classification and Labeling of Chemicals (GHS). The new HPR replaces the older CPR, which had listed the requirements for WHMIS 1988 compliance.

How to Protect Trade Secret Ingredients

Rising concerns regarding the protection of “trade secret” ingredients has been addressed within the new Hazardous Products Act (HPR), which comes into force June 1st, 2018. An amendment to the HPR has recently been finalized by Health Canada. This will grant suppliers, distributors, employers and importers an option to protect “trade secret” ingredients on Safety Data Sheets (SDS). This decision will aid in aligning more accurately with the OSHA Hazard Communication 2012 (HCS 2012), while maintaining an available option from the repealed Controlled Products Regulations (CPR).

In the CPR, 11 prescribed ranges were laid-out which were used to practice confidentiality.

Once a CBI claim is validated, a HMIRA registry number (RN) is provided which needs to be displayed along with the granted or filed date.

When is the HPR Deadline?

Currently, there is a transition period before the full-force of the HPR takes effect. Until May 31st, suppliers and manufacturers can choose to comply with either the CPR or the HPR. After June 1st, 2018, manufacturers and importers are obliged to comply solely with the HPR, with both suppliers and employers gradually joining until the final December 1st deadline, as referenced in the table below:

Later, in the Canada Gazette Part II of April 18th, 2018, HPR amendments were finalized, reinforcing the prescribed concentration ranges from the repealed CPR.

What are the HPR Concentration Ranges?

The following 13 prescribed concentration ranges have been defined and can be used for the purposes of protecting “trade secret” ingredients:

How to Use HPR Concentration Ranges

Below is a list of different scenarios that may be applicable to the use of prescribed concentration ranges on a Safety Data Sheet:

If the actual concentration of an ingredient falls under more than one of the previously listed prescribed concentration ranges, then the selection of the range is at the discretion of the supplier or manufacturer.

How does HPR Affect my Business?

The Globally Harmonized System (GHS) specialists at ERA hosted a live WHMIS 2015 webinar, and we recorded it so that you can now watch it on demand. The free webinar goes into more depth about how to use the chemical concentration ranges for HPR compliance, in addition to examining the Confidential Business Information (CBI) process under WHMIS in greater detail.

We invite you to watch the webinar online by clicking the button below.