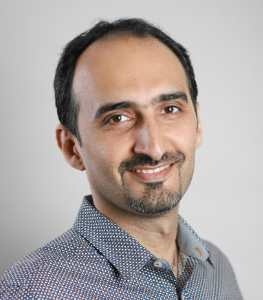 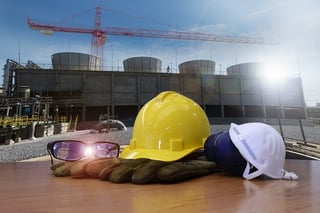 The Occupational Safety and Health Administration (OSHA) has released a list of the 10 most frequently cited safety and health violations for the fiscal year of 2016. This list has been collected from the findings of approximately 32,000 inspections of workplaces across the United States by the federal OSHA staff.

What is striking about this list is exactly how little has changed from previous versions of this report. Time and time again, the same hazards are striking US workers, indicating an ingrained set of dangers in the workplace that OSHA, for all its regulatory power has been unable to disrupt the hierarchy of incident occurrences (although manufacturers have been able to reduce the overall occurrences of these incidents through proper planning and tracking).

ERA has taken the time to assess the details within this year’s report, and we believe this will be essential reading for any business looking to improve their incident statistics and avoid being included in any of these key statistics.

Just as has been reflected in reports over the past five years, the hierarchy of incident types were namely:

Fall protection (1926.501) in particular has been the most cited violation for the sixth straight year.

The most important thing about this list is that it has exhibited only very minor changes over the years since 2007, and the top 10 safety and health violated regulations are essentially the same over the past 10 years. The results are similar every year, even if a particular citation may move up or down the list.

Every year OSHA inspectors observe thousands of the same types on-the-job hazards in different industrial sectors, which could result in a fatality or severe injury to an American worker. These hazards also represent millions of dollars of penalties. According to statistic listed on the OSHA website, more than 4,500 workers were killed on the job in 2016, and approximately 3 million are injured.

The logic clearly suggests that if all employers concentrated on minimizing the top 10 hazards identified below, the number of deaths, amputations and hospitalizations would considerably decline.

Incident Snapshot for the Year

In 2016 OSHA conducted 31,948 federal inspection which resulted in 58,702 violations. The table below displays the top ten violations in fiscal year 2016.

Solid employer advice has been given recently by Patrick Kapust, deputy director of OSHA’s Directorate of Enforcement Programs: “Take the list and look at your own workplace. Would OSHA find these at my workplace? It’s a good place to start.”

By law, employers are responsible for providing safe and healthy workplaces for their workers and this list could be considered a strong starting point for workplace safety.

Injury-Related Activities are an OSHA Priority

Around 60 percent of OSHA’s inspections in 2016 were unprogrammed inspections, which include employee complaints, injuries/fatalities, and referrals. The high percentage of unprogrammed inspections shows that OSHA continues to dedicate more resources responding to injury-related activities as a result of the requirements for reporting severe injuries, which became effective January 1, 2015.

This list of top violations is far from comprehensive - your safety management and risk aversion strategy shouldn't focus solely on these top ten incident types. OSHA regulations cover a wide range of hazards, all of which can impact worker health and safety. The best health and safety practices involve always encouraging employers to go beyond the minimal requirements, to create an all-encompassing culture of safety at work. Achieving this has been shown to reduce costs, raise productivity, and improve morale.

Even though worker injuries and illnesses are down - from 10.9 incidents per 100 workers in 1972 to 3.0 per 100 in 2015, without accurate injury and illness statistics, employers and workers are unable to identify and address hazards. In addition, regulators would be unable to assess safety trends. For these reasons, employers who under-report or otherwise inaccurately record cases have been receiving significant fines and penalties. It’s anticipated that injury and illness record keeping will receive increased inspection by OSHA in upcoming years.

OSHA’s maximum penalties were increased by 78% in August 2016 for the first time after 25 years. The new bill also allows the agency to continue adjusting its penalties for inflation every year, based on the Consumer Price Index.

OSHA’s programmed inspections mainly focus on OSHA's on the industries and employers where known hazards exist such as combustible dusts, chemical processing, hexavalent chromium, and shipbreaking. In the past OSHA’s fines amounts were, regrettably, sometimes considered a “part of doing business” cost and certain companies did not look at paying these fines as an overriding deterrent. 2016's increased fees could have a substantial impact on those businesses who have previously never seriously implemented a safety program. Now is the right time for businesses to review their health and safety programs, and evaluate their level of conformity as regards to all applicable OSHA regulations.

What's Your Next Step? 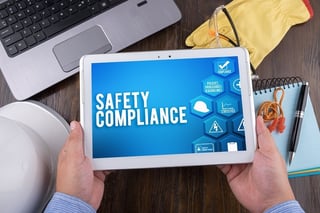 The first step in achieving that goal is implementing standardized procedures for tracking and monitoring your risks - that includes leading and lagging risk indicators as well as near misses. These risk indicators are best detected using a strenuous auditing and inspections system, using a centralized protocol and management system. In essence - before you can eliminate risk you need to identify and measure your risk factors on a regular basis, using a standardized procedure that follows OSHA best practices to a T.

Is this easier said than done? Not necessarily - the right tools make it easier and more cost effective than you think.

See for yourself how this best-practice approach gets to work through a free, customized demonstration led by an H&S specialist. If you're ready to start reducing risks and want to achieve a zero-incident facility, get your demo by clicking below.

Ehsan Maghsoudi Ph.D. has been an Environmental, health and safety enthusiast for over 10 years.

What You Need to Know about Management of Change