Oil & Gas Air Emissions: Methane Regulations on the Near Horizon 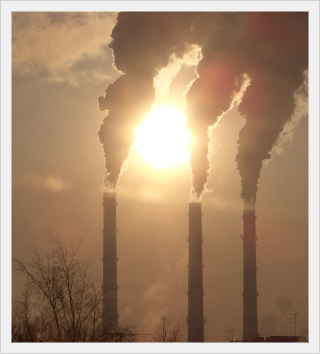 The Oil & Gas industry is currently experiencing a boom in production – which means good things for Oil & Gas companies… but it also means that the entire industry is catching the eyes of regulators looking to minimize the impact of Oil & Gas activities on the environment.

VOC and Greenhouse Gas (GHG) emission regulations for the petrochemical manufacturing industry have always been a complex matter... a fine balance between protecting the environment and encouraging industry success... a scientific debate about the best methodologies and technologies to use. Arguably, this is the case more so than for any other industry due to the complex nature of petrochemical materials and tank calculations.

For example, a recent amendment to Quad O (AKA CFR 40 part 60 Subpart OOOO) redefined tanks installed in parallel as being “considered one tank” for the purposes of potential to emit (PTE), used to determine if your storage tanks exceed the 6tpy threshold for Quad O compliance. This EPA decision turned out to be more complex than anticipated, with many Oil & Gas producers noting that their tanks are only installed in parallel but are actually used in a series. As a result, the EPA is asking for comments from the industry to help further refine the definition so as not to shoehorn sites unnecessarily under the Quad O regulation.

Methane, a potent greenhouse gas (GHG) with 25 times the heat-trapping potential of carbon dioxide, ranks as one of the most important GHGs to control and reduce. Since the Oil & Gas production industry accounts for 30% of methane emissions in the U.S., it is Oil & Gas businesses being asked to make the most dramatic reductions.

Below we outline some of the announced and projected changes to Oil & Gas air emission regulation proposals for the next year that aim at reducing methane emissions. These are not set in stone – but they have been formally announced to be slated for first drafts/proposals in 2015 with likely final rulings in 2016. If your facility emits methane, we recommend you keep a close eye on these proposals and ask yourself:

The White House Speaks Up

Notably, the White House has announced that it plans to introduce and roll out measures that will cut methane gas emissions from the Oil & Gas industry by 40-45% by 2025. Under this order, the EPA will propose several new requirements in the summer of 2015 with a final rule published in 2016.

Some of the White House's proposed actions include:

EPA will propose updates to the current Quad O (CFR CFR 40 part 60 Subpart OOOO) standards in order to reduce methane emissions from the oil & gas industry. In January 2015, the EPA indicated that included sources under Quad O could, in future, regulate methane emissions from hydraulically fractured oil wells, pneumatic pumps, and leaks from new and modified well sites, as well as compressor stations.

It is also believed that the EPA plans to extend VOC reduction requirements to existing Oil & Gas processing/manufacturing sites in the ozone non-attainment zone and the ozone transport region.

In summer 2015, EPA is expected to propose these changes to Quad O and make them available for public/industry comment. A final ruling is scheduled for 2016. In the next few months, you should have the opportunity to voice your concerns and questions during the public commentary process – if you have something to contribute be sure to let the EPA know.

Recently, air emission studies on the Oil & Gas industry by Colorado State University, among other research bodies, found that a small group of sources across the U.S. are responsible for upwards of 30-40% of the total methane emissions for the industry. These sources are being referred to, in some cases, as “1% Super Emitters”.

There is a push in the industry for regulators to create regulations specifically for the super emitters rather than use a “one size fits all” approach to deal with these methane emissions. For the vast majority of sites with average or lower-than-average methane emissions this could be good news. For the small number of super emitters, it could require some drastic changes to EH&S management.

At the moment, there isn’t a scheduled or announced plan to specifically deal with super emitters of methane within the Oil & Gas industry – but it should be kept on your radars in the next twelve months.

Abandoned Wells Also a Source of Methane - Will These be Regulated?

Finally, a recent 2014 study coming out of Princeton University suggests that abandoned oil wells (some decades old and no longer having any records) were also a “significant source” of methane emissions – some “thousands of times greater than low-level wells”. In other words, these abandoned wells are potential super emitters. (You can access the full paper here).

It is unlikely that the current research is enough to spur regulatory action, and the nature of the abandoned wells makes it difficult to assign accountability. However it is evidence of the attention methane gas from the Oil & Gas industry is receiving both from regulatory bodies and non-industry environmental researchers. Regulating abandoned wells will likely prove difficult, but it is worth noting if your site is located near any abandoned wells.

What Does This All Mean for You?

At the moment, the above regulatory actions are all in the proposal stage or have only been announced to be slated for the 2015/2016 period. They do not necessarily affect your site, and may change significantly by the time a final ruling is published. Nevertheless, they are all indicative of a shift in Oil & Gas air emissions regulations towards stricter methane limits and/or more stringent requirements for emission reductions.

The key to managin these changes is having confidence that your current systems for tracking and reporting methane emissions are compatible with any regulatory changes coming down the pipeline. These anticipated regulations could result in new control devices, different processes, or new reporting requirements. Do you have the systems in place to keep up?

EH&S management needs to be adaptable in order to stay compliant with a constantly-shifting regulatory environment. That means whatever system you use, whether that’s spreadsheets or some type of software, should have flexibility built in, so that you don’t need to start from scratch or reprogram everything when a regulation or report changes.

Are there any other regulations coming down the pipeline to which you think your peers should be paying careful attention? Let us know in the comments.