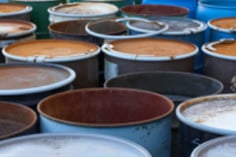 Two of the latest buzzwords being thrown around by large and successful manufacturers in North America are zero waste and zero landfill. Taking this approach to your waste management proves that your company is acting responsible enough to either completely limit the amount of waste you process produces, or you've been canny enough to find ways to sell or recycle the waste that you do have.

In other words, zero waste means you're operating at peak efficiency.

Practically speaking, the concept of zero waste has yet to be fully realized, although many manufacturers have made enormous strides. Most businesses that have focused on waste elimination have taken the approach of recycling or reusing waste products, thus being able to claim the accolade achieving zero landfill.

An example of this is Volkswagen’s Pallet Project, which donates all used pallets to local community projects for recycling and repurposing. This reroutes “waste” from the landfill to locations where it contributes to productivity.

Another recent example of implementing a zero waste philosophy was the 2012 London Olympics, which targeted consumer waste by separating food waste into compostables and recyclables. The Olympics went as far as allowing only recyclable drink containers to be sold on site.

Of course, the end goal of zero waste is difficult to guarantee and achieve, as it ultimately means that not a single scrap of waste was generated or thrown out instead of being resold, repurposed or recycled.

However, this doesn’t mean zero waste is a failed concept - quite the contrary.  Rather, zero waste should be a guiding principle for all manufacturers. It is the act of striving for zero waste itself that is leading the manufacturing industry to be greener and more cost efficient. By embracing zero waste as a concept, industry leaders are improving their resource management and making progress towards significant waste reductions.

Waste reduction isn’t just about “being green” – it’s a money saving technique that has proven itself time and time again to be a worthwhile investment. At the most basic level, the more waste you produce, the more waste you need to ship out and/or process. And that means the more frequently you have to pay for waste management.

The zero landfill facility literally pays nothing for shipping waste to a landfill. And fewer trucks shipping waste means fewer emissions and a smaller carbon footprint.

In one case, an ERA client was able to track their waste output to discover that money was being lost in a paint spray booth due to inefficient practices. By tracking (and then reducing) this waste, they were able to save some significant money.

Even though some large and international businesses are making some major moves toward zero waste, it’s not solely the realm of big industry. Even small & medium businesses can experience serious benefits from reducing their waste generation.

In fact, the best way to start is to incorporate the basic building blocks of any sustainability project – those same ones taught to you in school – reduce, reuse, & recycle. (You can read our popular article on the Three R’s for manufacturing here).

The other important step is to make smarter choices about the materials you use in your facility well before they ever get used in your processes. By engaging in Environmentally Preferable Purchasing (EPP), you’ll can cut off a lot of your waste generation at the source.  Read more about it here.

To learn more about other compliance tactics that can benefit your business, download our guide below.