Understanding MACTs and NESHAPs could be essential to your business 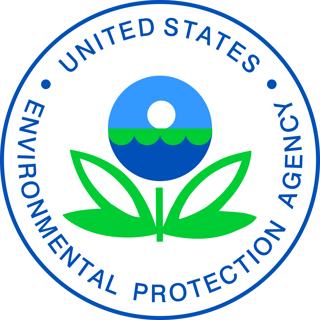 There has been some recent controversy over the U.S Environmental Protection Agency’s latest Boiler MACT regulations, sparking conversation and disagreement amongst the industrial and political sectors. But what exactly are MACTs and NESHAPs regulations, and how do they relate to your business?

The United States Clean Air Act legally mandated that the EPA regulate the emission of hazardous air pollutants (HAPs) by industrial sources. To accomplish this mandate, the EPA developed MACT - Maximum Achievable Control Technology - standards. MACT standards use the HAP emissions of the best-performing (thus, “Maximum Achievable”) industry sources to set the “MACT floor”, the new minimum standard that an industry must at least meet in order to comply.

“Control Technology” is not just limited to technology, but also encompasses the processes, methods, systems, and techniques that are used in facilities to reduce their HAP emissions.  Under MACT standards, the technology and work practices in facilities that produce the lowest HAP emissions are used to set the standards for the rest of the industry.

For example, data from the most efficient model or set up of industry boiler will be used to determine the boiler MACT regulations for all other new and existing industrial boilers. In this way, the EPA ensures that the businesses that put time, money, and effort in to their control technologies are not at a disadvantage when compared to those who do not. In addition, by basing the Boiler MACT rules on already proven technology, the MACT standards that industry is held to are realistically achievable.

Since every industry uses different technology and produces different HAPs, there are additional industry-specific standards, known as National Emission Standards for Hazardous Air Pollutants, or NESHAPs. These specific NESHAPs apply to all major air emission sources in every industry, though every industry has a different standard. A major air emission source of HAPS in the forestry sector will have a different NESHAP standard than a major source used during the car manufacturing process. The NESHAPs are based on the MACT approach of setting regulations, with the goal of reducing these HAP air emissions and protecting public health while still being achievable and encouraging industrial development.

These industry-specific NESHAPs outline how each industry must comply with EPA regulations, which can be a complex and difficult process. For example, calculating your average emissions with MACT model point value equations (one method of demonstrating compliance) is no small task. A facility can otherwise show compliance by:

Though there is an initial investment in complying with these air emissions regulations, becoming more efficient has actually seen some facilities reduce their overall operating costs over a short period of time.

You can find more information about MACT regulations and NESHAP standards in our free whitepaper “Getting to Grips with MACTs & NESHAPs” whitepaper. Inside you’ll find useful information to help you understand how MACT regulations and NESHAP standards are determined, learn how you can demonstrate your facility’s compliance, and how to make your compliance easier.