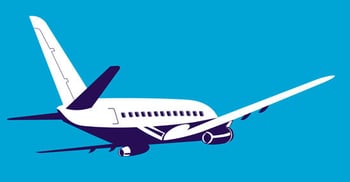 Since Canadian Prime Minister Justin Trudeau announced his plan to implement a carbon tax across Canada on October 3, there has been a tremendous amount of interest in how this will be applied, and its potential impact on business both north and south of the Canadian border.

While there has been a considerable backlash against the plans (particularly from Canadian provinces), as well as strong support from environmental groups; what’s clear is that a major economy in the G7 is proceeding with a plan that will put in place year-on-year increases on the price of emitting carbon.

With a substantial majority, the Liberal Party of Canada seems committed to this course of action. Businesses would do well to ready themselves for more robust environmental management and reporting.

As an industry development, this carbon plan is important. However, it’s not happening in isolation...

Other landmark deals are taking off, with the news early in October 2016 that the International Civil Aviation Organization (ICAO) secured a landmark deal that binds aviation worldwide to become carbon-neutral by 2020.

This deal chiefly delivers on its goals through the extensive purchasing of carbon credits, but nevertheless represents the first comprehensive deal of its kind. Much will rely on the greening of supply chains, and more efficient aircraft platforms.

This emissions deal is key precisely because it applies to an industry that is expanding, and which is expected to continue to expand over the next decade. World air passenger numbers are expected to increase by 6.5 per cent over the course of 2016, as more and more of us take to the sky, and more regularly.

This increase in flights and passenger numbers will have to be absorbed by innovative ways to reduce carbon emissions. Examining the entire supply change of the aviation business, greening aircraft fuel, and working towards year-on-year reductions will be needed in order to successfully chart the delivery of this deal.

At ERA Environmental, we take measuring emissions for our aerospace clients very seriously. It’s clear that there will be a sector-wide need to examine all emissions, in order to make sure that the amounts being emitted are truly falling, as well as to properly marshal off-setting.

Proper implementation of the deal will allow US air conditioning producers to improve their green credentials, a worthwhile trade-off in the eyes of producers who are fending off competition from less green technology produced outside the Western World.

One thing is certain: it will take innovation and hard work to achieve the targets set out in this deal to eliminate HFCs.

Meanwhile, in the States

While the United States will be affected by the new ICAO deal, and by the new HFC deal, there is no doubt that the Clean Power Plan will have long-lasting effects, should it survive its current examinations in the Washington DC Circuit Court of Appeals.

Numerous outlets stated that the plan had a good day in court, and that as it currently stands, it has a good chance of surviving the arguments that are being presented against it.

It is of course, impossible to know what the final judgement will be (it will be months before a ruling), but the plan remains alive and kicking, potentially moving US industry in a direction that will overwhelmingly stress sustainability in energy production.

With the number of recent international deals being signed, it’s clear that companies should be taking their own environmental management into their own hands.

A comprehensive approach to measuring emissions, whether Co2, or other noted pollutants, is become ever more necessary. Carbon emission levels are currently at their lowest since 1991, partly due to mild weather and partly due to a diversified energy portfolio – legislators will be looking to keep up this rate of decline.

ERA Environmental have been providing excellence in emissions monitoring and EH&S services for over 21 years. Why not download the free eBook below, and discover how your facility can achieve total compliance?