What the EPA's New GHG Emissions Report Means For You 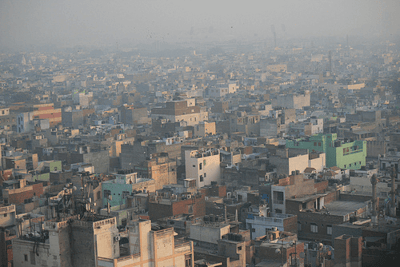 Greenhouse gas (GHG) emissions are by far the most familiar emissions to the general public. They receive the most scrutiny from the media and from environmental authorities. Although GHG reporting is not always a top priority for some businesses, the Environmental Protection Agency still monitors and reports on the state of U.S. GHG emissions. And once again, the EPA has released its findings on America’s GHG emissions, publishing the GHG emission inventory for 2010.

Even though your industrial sector may not have strict guidelines for GHG reporting, it’s still a good idea for your business to take account of its GHG emissions and to keep up to date with the EPA’s analyses.

For example, it can be useful to know if your GHG emissions are on trend with the rest of the United States. Are you emitting more GHG when everyone else is going down? Are you increasing on par with national average increases? Or did you manage to reduce your GHG emissions despite a national upward trend?

You can use this type of data as a benchmark for your business’ overall sustainability and how competitive you can be in an increasingly “green” market.

It’s also very important to keep up with the EPA’s GHG measuring efforts, since the GHG reporting program is relatively new to the U.S. and will continue to grow in the coming years.

New industrial sectors will be asked to participate, so even if your business is unaffected now, you may soon have to rethink how you monitor your GHG output. Being familiar with how the EPA is approaching GHG reporting now could make your life much easier in the coming years.

Here are some of the highlights from the EPA’s press release about the GHG emission inventory for 2010:

“For the first time, comprehensive greenhouse gas (GHG) data reported directly from large facilities and suppliers across the country are now easily accessible to the public through EPA’s GHG Reporting Program. The 2010 GHG data released today include public information from facilities in nine industry groups that directly emit large quantities of GHGs, as well as suppliers of certain fossil fuels. [...]

The EPA also states that GHG emissions have risen 3.2% from 2009 to 2010, citing the most likely reason being increased energy demands in the industrial sectors and a much higher use of air conditioners thanks to significantly warmer summer conditions.

It is definitely worth accessing the entire GHG Inventory report (click here to go to the EPA’s report page) to see how you stand in relation to other businesses in your sector, or even just to get a handle on what the future of GHG reporting looks like for the U.S.