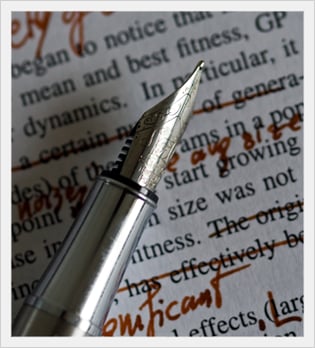 Quad O – otherwise known as CFR 40 part 60 Subpart OOOO — is one of the most broad-reaching regulations in the Oil & Gas industry, covering storage tanks, compressors, sweetening units, leak detection and repair (LDAR) and many other common VOC sources used in onshore production.

In regards to storage tanks, Quad O has had a somewhat tumultuous history: the original final rule published in August 2012 faced numerous judicial challenges and administrative petitions based largely around the handling of storage tanks. The resulting revisions to Quad O also saw the EPA concluding that it has originally “vastly” underestimated the number of tanks that would be affected.

The newest amendment to Quad O also introduces an important definition change which could (ironically) technically shrink the number of storage tanks affected by Quad O: on December 31, 2014, EPA published a notice to the Federal Register finalizing the amendments and clarifying that “two or more storage tanks connected in parallel are considered equivalent to a single storage vessel.” (Our emphasis) (EPA source).

The change being introduced by the EPA in an effort to further reduce storage tank emissions could compel petrochemical manufacturers to entirely rethink and rebuild their emission determination process. Are you prepared for this change?

This definition update means that any potential to emit (PTE) determinations done prior to December 2014 regarding which of your tanks is regulated by Quad O might now be invalid; tanks connected in parallel must be evaluated as a single tank. Potentially, two tanks below the 6 tons per year (TPY) VOC threshold could be bumped above the Quad O limit once combined under the new definition’s logic.

If many of your storage tanks are connected in parallel, you could potentially be facing enormous potential to emit from a “single” tank unit. You would not divide your total PTE by the number of tanks and the use of control devices might not be enough to prevent your theoretical single tank from emitting more than 6 tpy of VOCs.

The State of Texas’s regulatory body, TCEQ, has chosen to use enforcement discretion to allow group I and group II storage vessels time to comply, giving these groups until April 15, 2016 to fully comply.

However, if you’re using an EHS system that’s already hardcoded for the old Quad O requirements, your business may need that extension just to adjust or replace your outdated system.

Adaptability and Flexibility is Key

Whenever a regulation changes, especially one as broad-reaching as Quad O, it can trigger systemic changes in how a business manages its compliance and EHS reporting. For example, if you’re using a series of spreadsheets to track product throughput in your tanks you’ll need to manually adjust the formulas and cell associations hard-wired into those sheets.

That’s one of the reasons why ERA encourages EHS data system adaptability – the ability to introduce large scale changes to your data management without having to reconstruct the system from scratch. We use a virtual modeling methodology that models materials, sources, and processes so that you can change one aspect (for example, decide to treat a series of parallel tanks as one source for Quad O reports) without having to rebuild the rest of your tank emissions calculations.

It’s called “future-proofing” your compliance strategies: acknowledging that regulations will change over time and building in safeguards to prevent those changes from interrupting your compliance. One of the ways ERA prepares for change is by having a large in-house team of chemists and researchers who spend each day researching upcoming regulation changes. Any changes they spot are integrated into our reporting software and master chemical list so that our users never have to worry about or dedicate resources to regulation monitoring.

First we must distinguish between tanks in a series and tanks in parallel.

Tanks connected in a series are connected one-by-one by a liquid product line, in which a lead tank receives the product before any other tanks in the series. In this scenario, flashing losses only occur in the lead tank. These flashing losses occur when the petrochemical liquid enters the tank due to the difference in atmospheric pressure, and by the time the liquid reaches tanks following the lead tank, the pressure differential is equal to zero.

In contrast, a parallel set up has the liquid evenly entering two or more tanks, so there would be flashing losses occurring from each tank simultaneously. In the past, these total emission throughput could be divided by the number of tanks… but now those parallel tanks are considered to be “one” tank.

Accordingly, the EPA is now soliciting comments from the industry on how to best modify the wording so that Oil & Gas manufacturers/producers aren’t being penalized for having a parallel tank installation that is never actually operated in parallel.