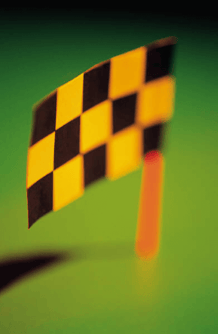 At the recent Alabama E3 conference, of which ERA environmental was a sponsor, the keynote speaker was NASCAR’s director of Green Innovation, Mike Lynch. We were so impressed by what he had to say about NASCAR’s commitment to sustainability that we thought we’d share a little bit more about NASCAR’s sustainability efforts with you.

Even better, NASCAR continues to grow its profitability alongside its sustainability efforts. NASCAR is proof that putting the environment first doesn’t mean putting your profits second.

Switching to renewable energy sources is an efficient and cost-effective method of reducing your emissions: after an initial investment (for example, the cost of installing a solar panel) you instantly start paying less for energy and have a reliable, sustainable source of energy well into the future.

NASCAR has invested heavily in solar power and is already reaping the rewards less than five years into the project. It operates the world`s largest solar powered sports facility, including a track with a solar farm next door to provide all the energy needed.

This solar farm houses 40, 000 solar panels and even provides energy to the local grid to power 250 homes, thereby reducing total carbon dioxide emissions in the area by 2,370 tonnes annually. In fact, this solar farm is the world`s largest sustainable stadium project in the world, twice the size of the next largest project.

And this enormous project has also cut energy costs.

In addition to that investment in renewable energy sources, NASCAR also has installed solar panels at many of its other racetracks. Some tracks are already powered up to 41% by sustainable solar energy.

Also known as EPP, environmentally preferable purchasing is the sustainability technique of finding and using products and materials that have a lower environmental footprint.

As NASCAR demonstrates, a few smart purchases can have a huge impact on your annual emissions.

NASCAR’s biggest EPP victory has been its dedication to using low emission biofuels and partnering with ethanol fuel producers. In doing so, NASCAR dramatically cut its carbon footprint and effectively proved that biofuels are a viable option for automotive performance.

In fact, NASCAR has even dedicated space for growing switch grass, a crop that is used for producing biofuels used in its vehicles.

NASCAR has also used the EPP sustainability technique to find a more environmentally friendly option for its fire suppressant fluids. It found an environmentally sustainable version that was equally effective but greatly reduced the amount of GHGs released and eliminated human exposure to toxicity which was a by-product of the less green chemicals.

When it comes to sustainability, programs like the GRI include biodiversity as an essential part of any complete program. Biodiversity is a difficult concept to measure, and is also complicated for most businesses to implement. NASCAR, however, is a good example of how a business can invest in biodiversity and include it in a comprehensive sustainability plan.

NASCAR owns several acres of wetlands, and manages them in compliance with federal wetland protection regulations. It also owns another 520 acres of conservation lands which it protects.

As part of conservation efforts, NASCAR plants enough trees each year to account for 100% of its air emissions generated during events (which means it also takes the time to quantify those air emissions in the first place).

Though it is hard to quantify the positive impact these efforts have on NSACAR’s bottom line, the company clearly sees value in its dedicated to biodiversity and is proud to show it off in its sustainability reporting.

Recycling is a huge part of NASCAR’s sustainability program. NASCAR has a world-class recycling program, and has partnered with other sustainability thought leaders to ensure that waste is minimized at every NASCAR event.

This includes recycling beverage and food containers, partnering with cell phone providers to encourage e-recycling, and even reusing and re-refining oils that get collected during races. NASCAR recycles 20,000 gallons of race-used oil annually.

Thinking Outside the Box

NASCAR isn’t afraid to take risks and be bold when it comes to sustainability. Sometimes thinking outside the box can be the best way to improve performance and save money.

For example, NASCAR has one track that houses a herd of sheep that keeps the grass maintained properly year round, naturally. The same track is kept free of pests and rodents by birds, like predatory owls, which are kept on site. Using natural resources from the animal kingdom has allowed the track to be free of herbicides and pesticides without compromising the integrity and quality of the grounds.