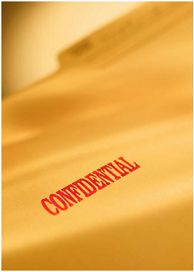 The EPA has announced that it is planning on rolling out new environmental compliance management transparency initiatives. These will release chemical and facility information to the public that was previously unavailable or difficult to access. This information includes critical health and safety studies about chemicals that have been considered Confidential Business Information (CBI) status, and non-Offsite Consequence Analysis (OCA) data that had been removed from the EPA’s public-access database in 2001.

The EPA has committed to re-evaluating its existing environmental, health and safety (EHS) compliance standards for what data should be considered CBI status and has already begun to increase the availability of health and safety studies it no longer deems entitled to CBI status.

CBI status is typically given to EHS compliance data submitted by businesses and manufacturers that specifically request the data be kept confidential based on its proprietary nature.

The EPA has decided that as time passes this information has become less proprietary and would have less of an impact on a business’ ability to compete in the marketplace.

Accordingly, the EPA is currently reviewing its existing CBI records and expects that several thousand studies will have their CBI status reconsidered and be released in the upcoming years.

Over 35 companies have already volunteered to have their EHS compliance records' CBI status re-examined.

All newly released data can be accessed on the EPA’s Chemical Data Access Tool.

In addition, the EPA is also planning on re-establishing internet access to non-Offsite Consequence Analysis section of the Risk Management Plan (non-OCA RMP) database in July 2012.

After the terrorist attacks of September 11, 2001, the EPA voluntarily pulled this non-OCA RMP data from the public access online database following concerns about security.

Essentially, the removal from the database had only increased bureaucratic red tape rather than protecting the information.

Not only will re-inserting the non-OCA RMP data eliminate bureaucratic hassle, the EPA in confident it will be an important tool for emergency responders during accidental chemical releases.

Have you ever requested that the EPA keep your reported data confidential? How do you feel about these changes?

EHS Compliance in Texas: Preparing for a TCEQ Investigation