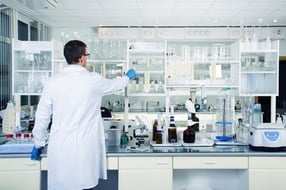 In December of 2016, the U.S. Environmental Protection Agency (EPA) published a draft notice related to approving petition(s) to add a chemical by the name of n-propyl bromide (nPB – also referred to to as 1-bromopropane) to the Hazardous Air Pollutants (HAP) list. N-propyl bromide is used in washing and cleaning products, and in the manufacture of electrical and electronic equipment. Many regulators have raised concerns about nPB. Regulators are tasked with adopting best rules, practices, and legislation to protect workers… this article will cover the hazards of nPB and its potential implications as a HAP.

In the European Union, N-propyl bromide has been classified as reproductive toxicant per Registration, Evaluation, Authorisation and Restriction of Chemicals (AKA REACH), which makes it a "substance of very high concern". Additionally, the North Carolina Department of Labor’s Occupational Safety and Health Division issued a Hazard Alert in June 2014 and created a N-propyl bromide program. This program is a best practice created to ensure employees are not overexposed to 1-BP. As of January 1, 2018, the Ontario Ministry of Labour began to enforce the revised occupational exposure limits (OELs) for Employers found in the “Ontario Table” under section 4 of Regulation 833. The maximum exposure is 0.1 parts per million.

What is nPB? How do I know if I am working with nPB?

N-propyl bromide or 1-Bromopropane, Chemical Abstracts Service Registry Number (CASRN) is 106-94-5, is a non-flammable organic solvent with a strong odor. Its main uses are in degreasing and spray adhesives. It is also used in the synthesis of pharmaceuticals, insecticides, flavors, and fragrances.

What are some of the health risks of long-term use of chemicals made with nPB/1-Bromopropane?

Long-term use of cleaning chemicals made with nPB can also have negative implications on the health and safety of your workers.

Those health risks include:

What are some of the health risks of long-term use of chemicals made with nPB/1-Bromopropane?

Long-term use of cleaning chemicals made with nPB can also have negative implications on the health and safety of your workers.

Those health risks include:

How did EPA decide what exposure levels for nPB are potentially protective?

The HAP list is a key regulatory document. It is a live list of 187 hazardous air pollutants, which the EPA must regulate under the requirements of the Clean Air Act.

The potential addition of a new substance to this list is real regulatory news. There has not been any new addition to the list for over five years. nPB, with uses as an industrial solvent in asphalt production, de-greasing products and synthetic fiber production, has recently been suggested for inclusion on the list - not least due to its carcinogenic properties.

The addition of a new chemical to this list will be of concern to any commercial organizations or businesses that use nPB today. Given the broad number of industrial uses of nPB, the revision of a user’s safety procedures, documentation and reporting processes will be necessary if the chemical is indeed added to the HAP list.

The case for adding nPB to the Hazardous Air Pollutants list has been growing for some time. The focus on this chemical has come as the application of nPB has increased in response to the phasing out of chlorofluorocarbons (CFCs) in dry cleaning scenarios. With CFCs largely regulated out of use, this chemical is one that has filled the gap.

Numerous trusted sources have pointed to a range of dangers that are associated with this substance. OSHA itself has collated and published many of these health dangers, which range from irritation of the eyes and mucous membranes after exposure, to serious damage to the central nervous system and an increased risk of cancer. The US Centers for Disease Control and Protection has published accounts of workers reporting tremors and shaking in their extremities after exposure to nPB in scenarios where Personal Protective Equipment (PPE) was not worn.

Adding the chemical to the HAP list has been noted by OSHA as being a topic that's ripe for examination, due to increased use of nPB in US workspaces over recent decades. The fact that the chemical is most commonly utilized in solvent form is another factor that increases the likelihood of human exposure, as solvents are easily dispersed into the air and thus can lead to respiratory exposure scenarios.

Given the expanded use of nPB in "main street" workplaces such as dry cleaners, the re-assessment of this chemical would be of concern to regulators. The use of a chemical that potentially belongs on the HAP list in such a work environment, which are typically not associated with the use of protective clothing or exposure prevention, would be of considerable concern.

Another factor which would cause concern is the fact that nPB can cause harm through contact with a worker’s skin, as well as through breathing it in as a solvent. Some chemicals are classified according to their effects when ingested, but in case studies cited by OSHA, ill-effects have been observed to the extent that avoiding contact with a worker’s skin, eyes and mouth are all highly recommended.

Given the range of publications drawing attention to the dangerous aspects of this chemicals use, including several published directly by both OSHA and the CDC, it is not hugely surprising that this increasingly used chemical is being slated for HAP inclusion.

While the period for official comments on this potential inclusion is still open, it is difficult to foresee an exact date or time when nPB may be officially added the HAP list.

An in-depth technical review of all available information is part of this process but is ultimately part of an extended process that aims to make the most informed decision possible.

Change on a Facility Level

For industrial business facilities that use nPB, the addition of the chemical to the HAP list will entail changes in facility policy. This will be of concern to companies that use nPB to carry out de-greasing operations, as well as the cleaning of metals, electronic components and plastics – some of its most common uses.

Once a chemical has been added to the HAP list, its use becomes subject to the provisions of the Clean Air Act, a landmark piece of US legislation that underpins most modern health and safety reporting.  The most significant change is that the use of the chemical will itself be subject to EPA regulation – with all the associated reporting and exposure limits.

A company that continues to utilize nPB needs to ensure that the necessary reporting, documentation and staff protection methods are put in place to deal with this. Reporting programs administered by the EPA, such as such as TRI and Title V will suddenly be added to the mix.

Given that most reporting hinges on limits on collective HAP emissions, the inclusion of a new chemical to this list could have an exponential impact, especially if this reclassification knocks a facility over a HAP threshold.

With the practical use of nPB as an industrial solvent, there is little doubt that one of the immediate concerns for a facility is the accuracy of documentation that is on-hand at the facility. Should more specific risks be officially identified by the regulatory bodies involved, the Safety Data Sheet (SDS) documentation on-hand for work may need to be adjusted to display the most up-to-date information.

A failure to do so could potentially cause an incident with employer oversight being a significant factor – a wholly undesirable state of affairs. 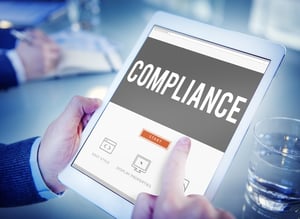 Whenever a chemical is re-classified, it should set off a ripple effect in the documentation of any company that utilizes it. A well-organized business should be able to identify this change, and smoothly alter their associated documentation and practices in response.

ERA’s SDS Authoring solution reacts to any changes at the legislative level and proceeds to ensure that all produced safety documentation produces Globally Harmonized System (GHS) compliant documents for use in your facilities.

ERA’s team of dedicated environmental scientists keep a close eye on any regulatory change, at the federal and more local level, and make required changes to our solutions rapidly. In the case of nPB, should this reclassification align with a recommendation for additional safety pictograms, or additional PPE, this would be automatically worked into all produced documentation.

Likewise, on the SDS Management level, your bank of trusted, stored SDSs would be adjusted to reflect the latest adjustments.

The benefits of an integrated system is that such changes can be rapidly be made across additional modules with ease. As opposed to a manual system, relying on older spreadsheet methods and manual input, a reclassification of nPB would result in a rapid and automated change across both newly produced and stored SDSs.

The kind of approach outlined above is arguably the way the most businesses would like such re-classifications to be handled. Automation, with a direct line to current regulatory requirements, is part of the ideal response to such changes, and ultimately helps facilities to deliver a safer workplace.

The alternative; creating and manually updating all and any documentation that touches upon what’s now a quite broadly used chemical – is enough to make any EH&S role holder hesitate.

For more information on the benefits of responsive and automated SDS Authoring, click below for a free eBook that further expands on the above information. ERA will be sure to share news of the reclassification of nPB, or other important chemical, directly with our clients.

For any further questions, please feel free to email us via info@era-ehs.com.